As a part of my semi-minimalist approach to travel for this trip, all my flights will be in economy. None of the Business Class luxury I’ve grown accustomed to with Qatar Airways.

That’s OK. It’s only a five-hour flight from Doha to Bucharest, so I wouldn’t typically even upgrade on a flight shorter than six hours, especially since I’m not changing time zones. But, because I’m a Platinum frequent flier on QA, I managed to score a window seat in the exit row with no one in the middle; often QA will block the middle seat when a Platinum flyer is in economy. Thank goodness because we were in an old-school A320. Based on its lack of in-flight entertainment (no individual screens or WiFi) and power ports, I’d guess it was one of the older planes in QA’s fleet. The upside, however, were the extra roomy Recaro seats with foot rest in the economy cabin. The 18-inch seats were a real win — especially with the middle seat open.

But, what was I supposed to do without in-flight entertainment? I’ve grown accustomed to QA’s array of movies and TV shows, and we’ve already covered the fact that I didn’t have my crossword puzzles or Sudoku. So I listened to some music on my iPod, skimmed my Lonely Planet Romania and Bulgaria and enjoyed the scenery — the mountains in Iran were amazing!

We landed at Henri Coanda International Airport without incident, and I hopped the local express bus (#783) to Piata Unirii. The trip cost roughly 1USD. Can you believe it? My local AirBnB was only a couple blocks away from the stop, but first Pokey and I settled in for some lunch at Borsalino. 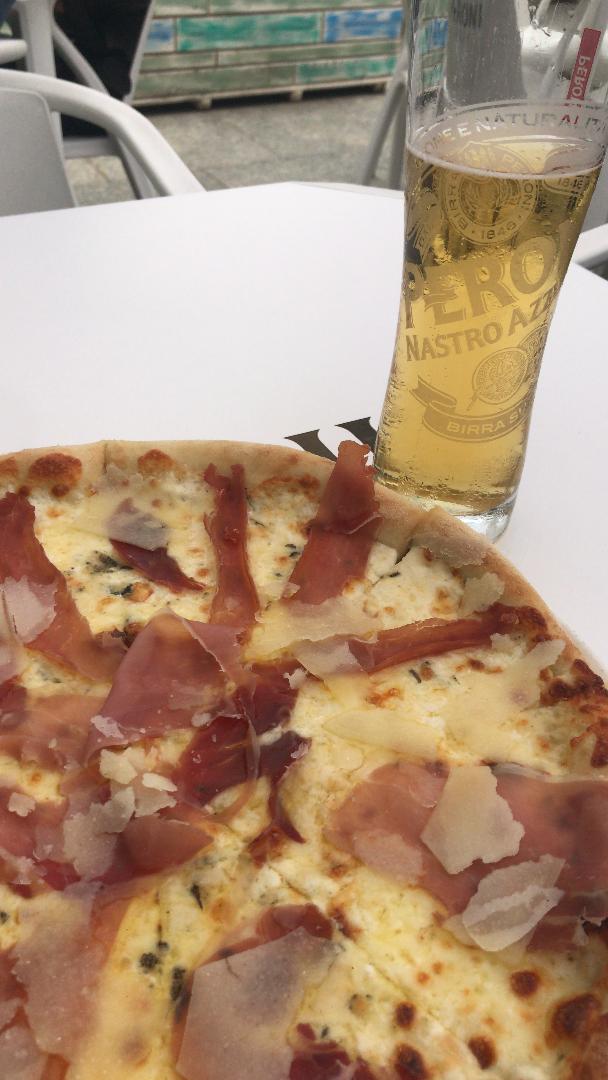 Peroni pint and prosciutto pizza for less than 10USD.

It rained lightly most of the afternoon, which was lovely if you live in the desert, so I ran to the nearby Carrefour to pick up some provisions and spent a “quiet” evening at home. My AirBnB is in the heart of the action, which makes going to the market easy and quick. It also means I get quite the view of the night lights. 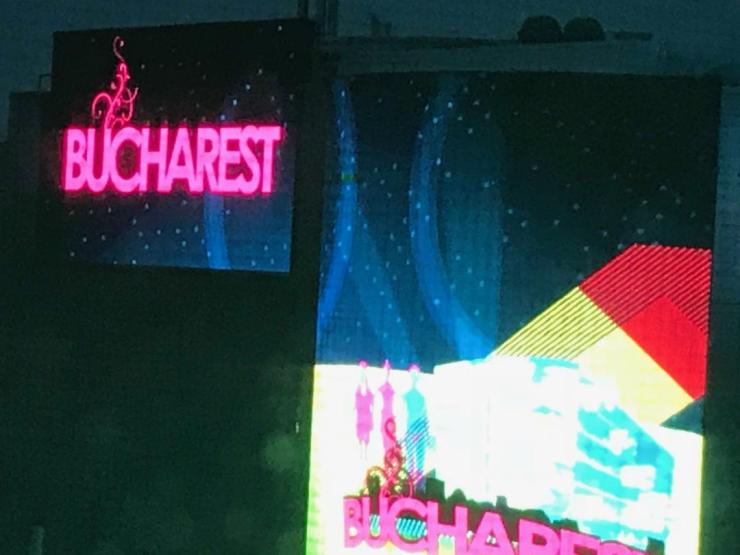 The view out my window to a nearby shopping mall