The train from Bucharest to Sofia isn’t fancy. And, for less than $30, you can’t expect it to be. It has no air conditioning, no WiFi, not even a dining car. I left Gara de Nord in Bucharest at 12:45 p.m. Sunday, with all my belongings and a newly purchase cooler tote carrying all my goodies for the trip — you can drink alcohol on the train (if you remember a bottle opener). The train, no changes required in the summer, was scheduled to pull into Sofia Central at 10:30 p.m. 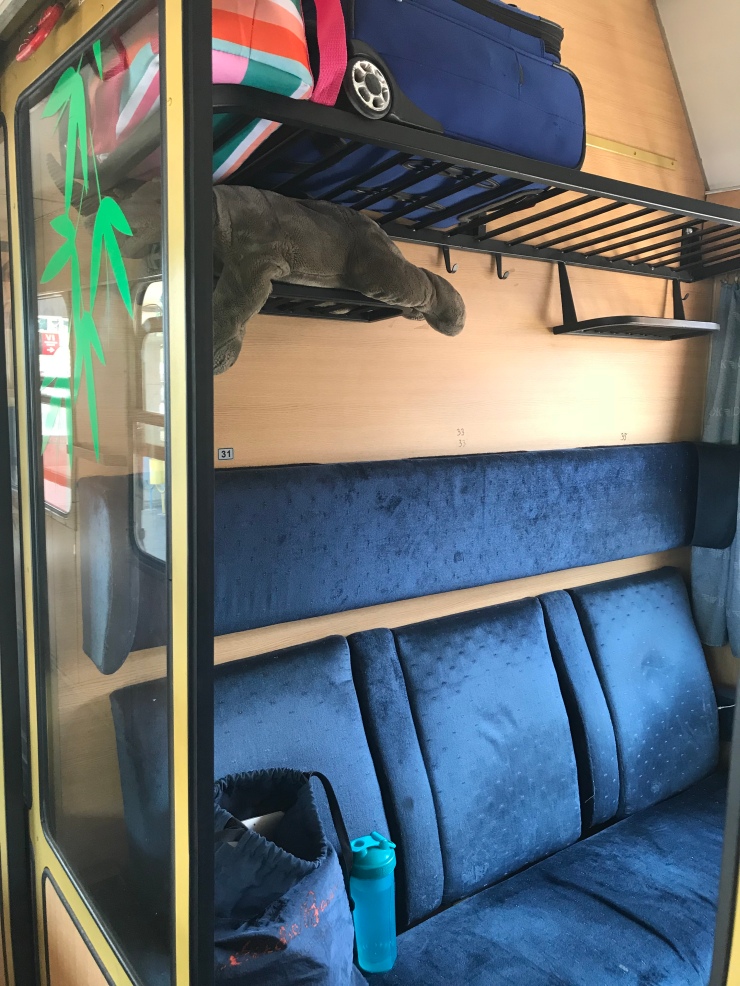 On this international train, unlike my train to Constanta, there was no First Class. Instead, each Second Class car had 7-10 cabins that sat 6 passengers. There was a window in each cabin and then one outside the cabin in the narrow aisle that passed. 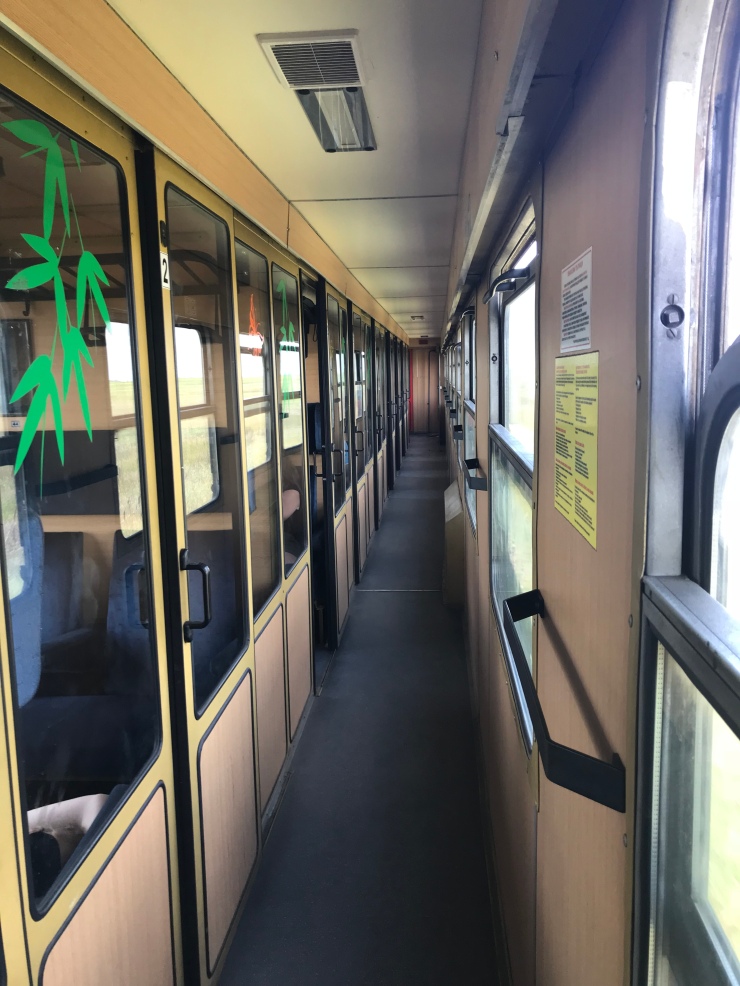 Pokey the Rhino, who is accustomed to traveling Business Class, was less than thrilled about the idea of 10 hours in a train with strangers. But, in the end, his window seat turned out to be pretty good. 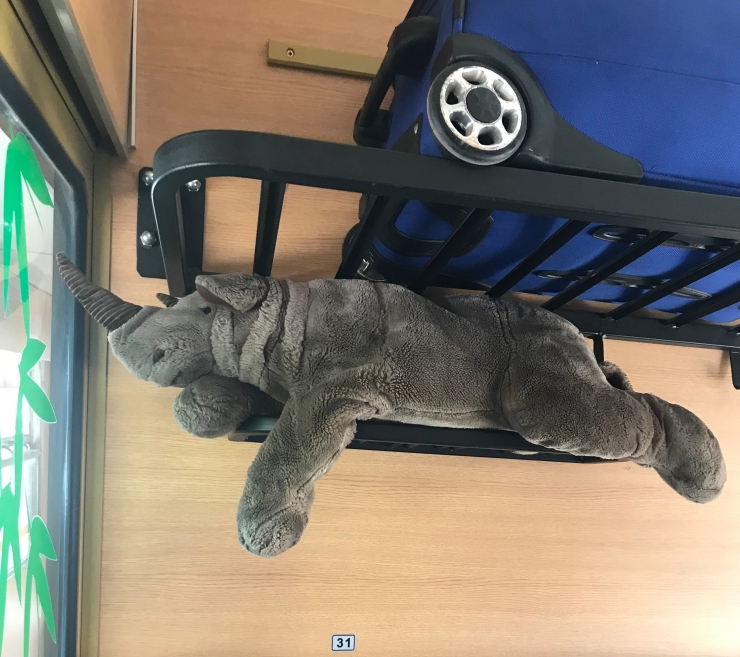 What the train lacks in luxury, it more than makes up for in scenery. During the trip through Romania, massive fields of sunflowers (Romania’s third-largest crop after corn and wheat) line the tracks. You can check out amazing video on Instagram. 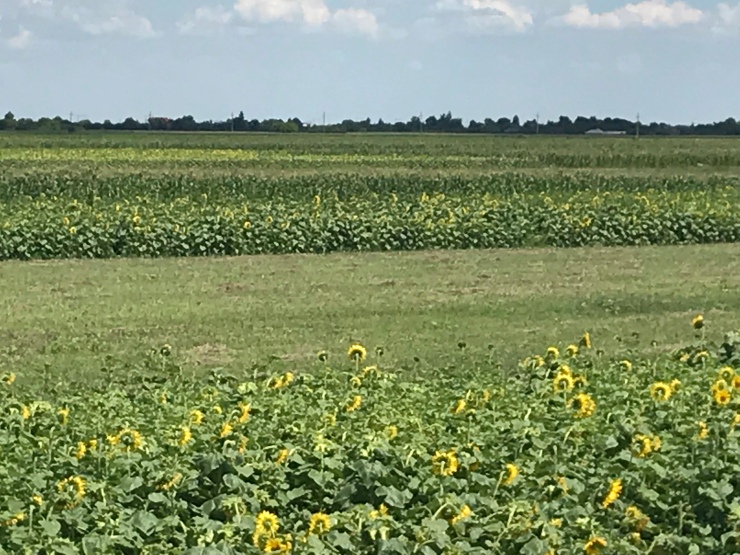 At times, it did remind me a bit of my home in the United States, with cows in field and farmers tending to their crops. 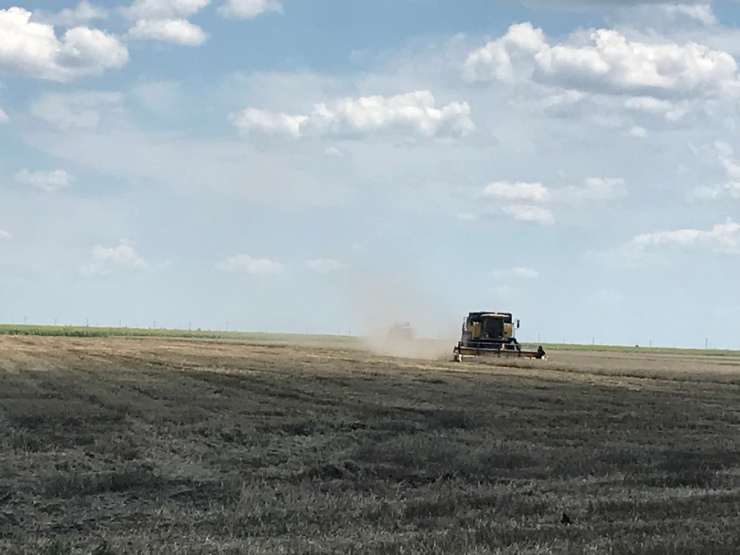 Along the way, we passed a number of freight trains, which are still common in this part of Europe to convey goods from one country to another. 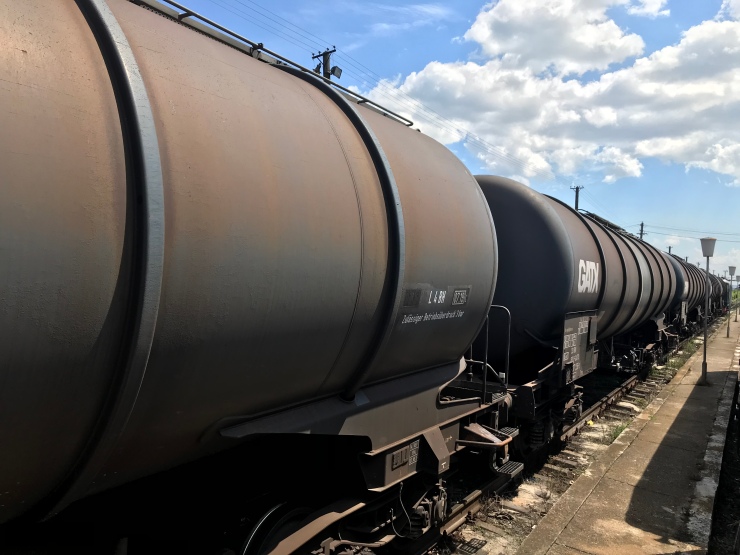 The line winds its way through southern Romania, crossing the Danube River on one of only two bridges between Romania and Bulgaria. Video of the river crossing on Instagram. 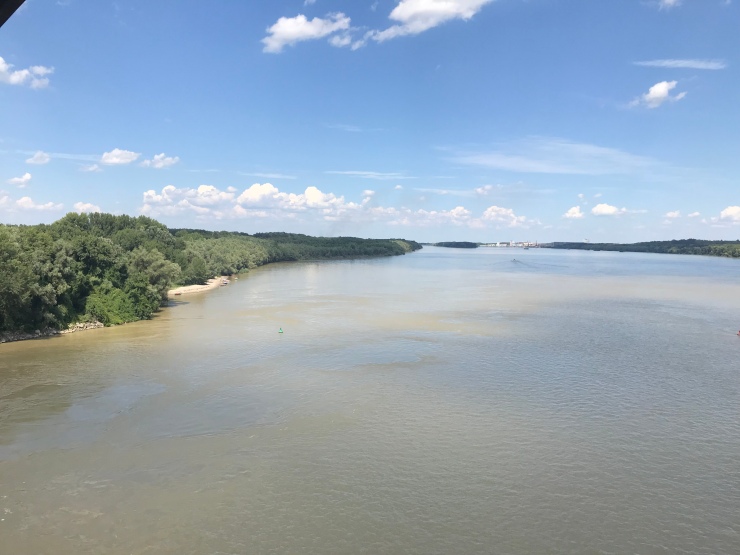 We then passed through Border Control as neither Romania nor Bulgaria are full EU members (not yet a part of the Schengen Area). 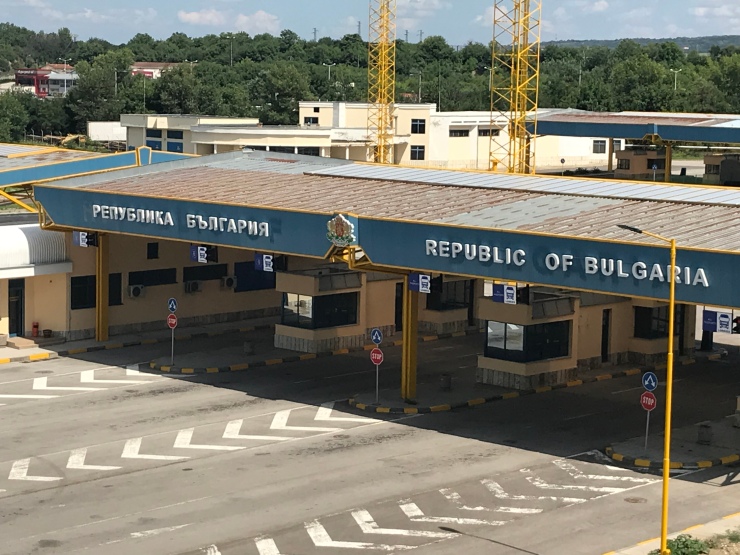 Along the way in Bulgaria, the scenery got even better with more rolling hills, charming villages and eventually the Iskar Gorge. 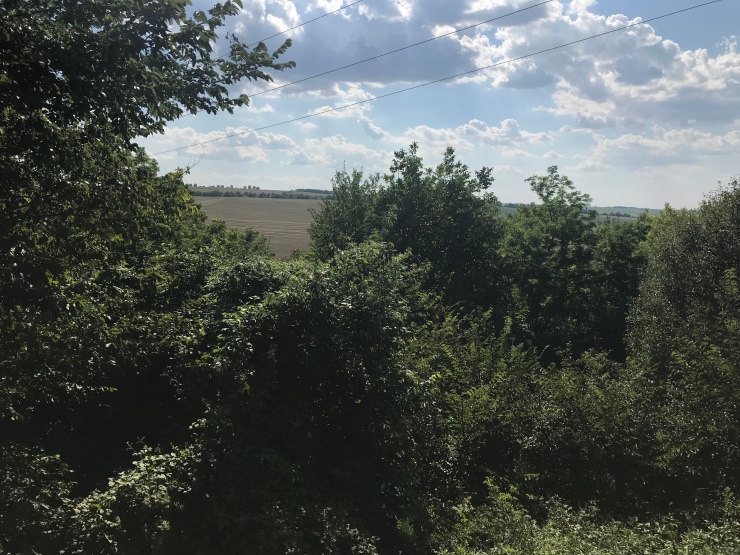 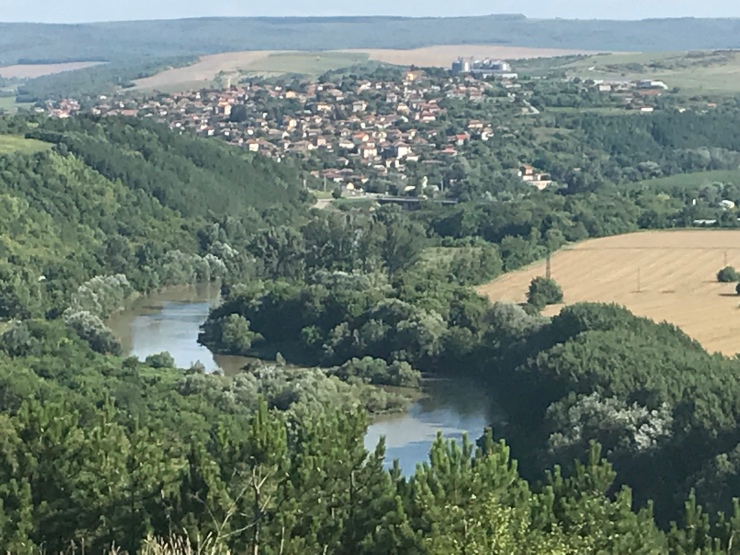 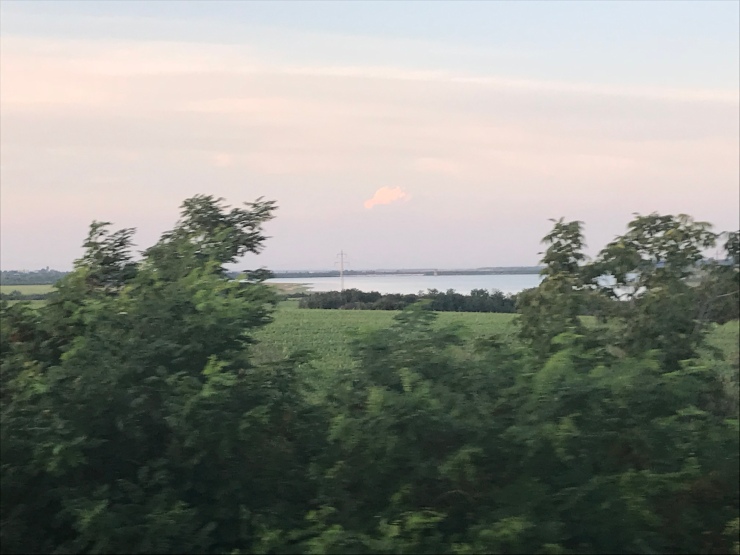 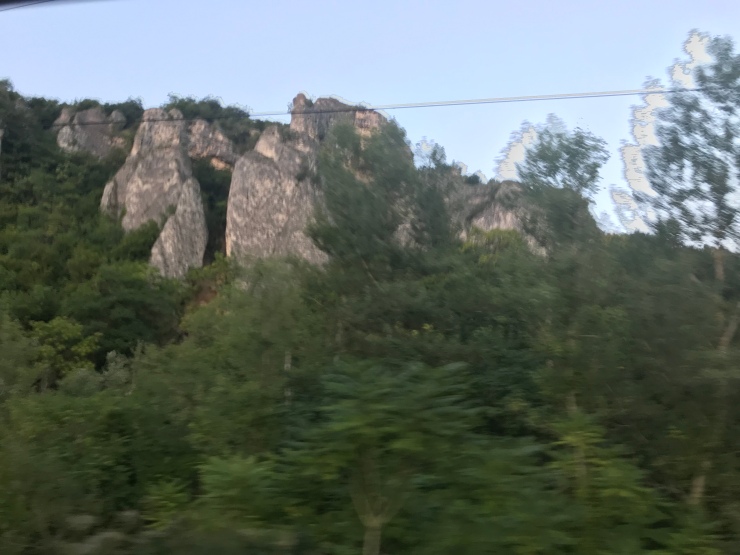 The train stations and towns we passed were particularly scenic as well. 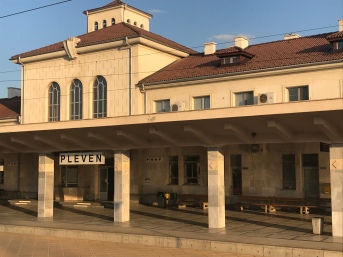 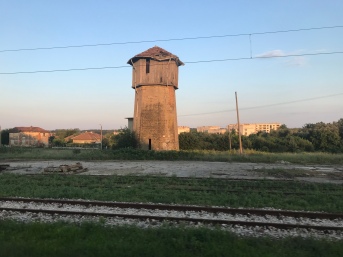 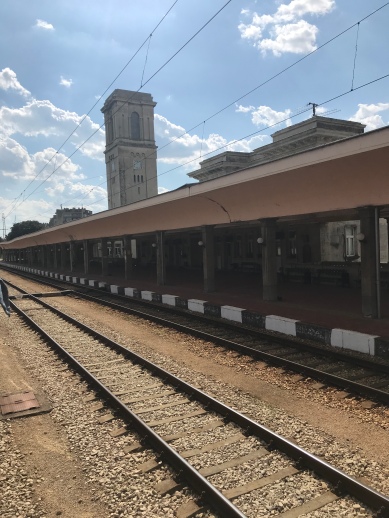 But, the real showstopper was sunset. 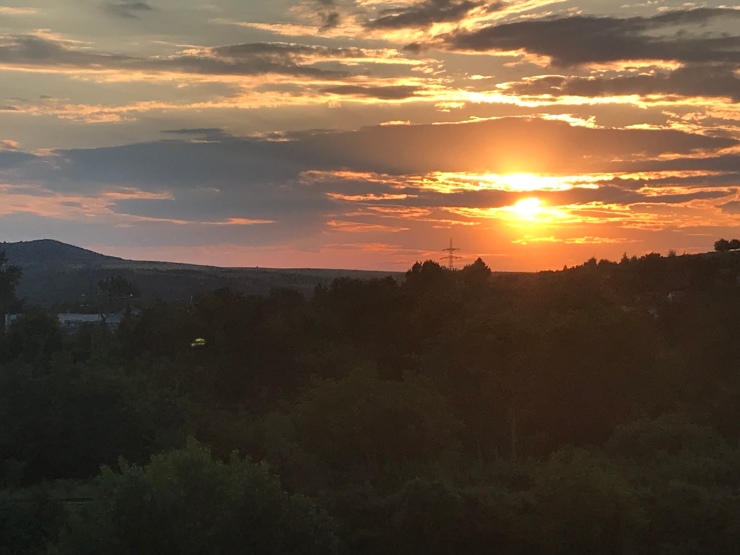 Finally, around 11 p.m. (not bad for a train), we pulled into Sofia Central. A quick walk across the street, and I hopped the Metro to my AirBnB for the week. 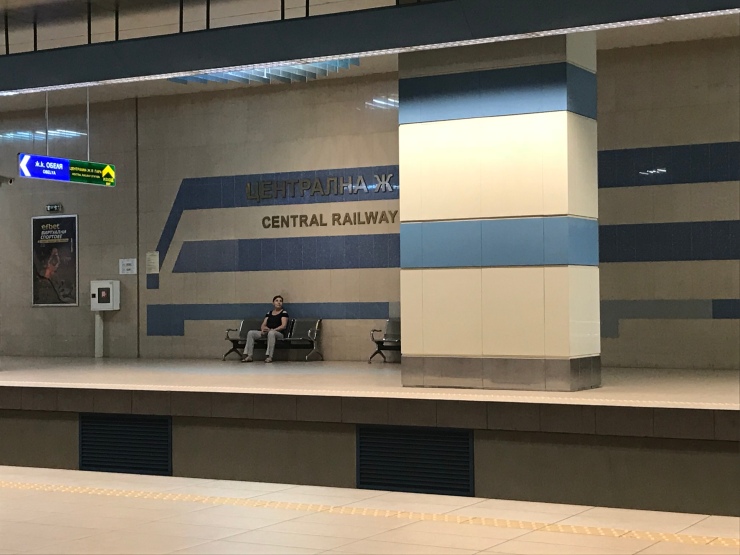 It was a long, tiring journey. But, taking the train is always one of the best ways to really see a country and experience its people. Stay tuned for my next long-distance train ride from Sofia to Belgrade.